This image of a flower starting to unfurl it’s petals wasn’t made in the mid 19th century from a wet plate negative. It is one of my own that I made using Nik’s Analog Efex Pro after running it through Topaz Clean 3 and applying skin smoothing! I did the skin smoothing because I wanted to soften down the detail in the petals and this gave me the look I wanted. I won’t trouble you with the ‘recipe’ that I used because to be honest it was a bit of an organic process, by which I mean I was switching and swapping settings with my eye on the screen and not on a notepad where I could have made notes to help me replicate it. But that would have been a bit like painting by numbers as opposed to painting in a free and loose fashion, moving paint onto and around the canvas and watching things develop.

The original shot was in full colour and was one that I took along as part of a portfolio of images to a Royal Photographic Society distinctions advice day in Manchester. I was advised to ditch this one, probably good advice as I subsequently achieved my LRPS with my revised panel.

But I really don’t like deleting images just for the sake of space and usually keep nearly everything. I brought this one out again recently and reworked it and came up with this version. I like the outcome and may have it printed up. 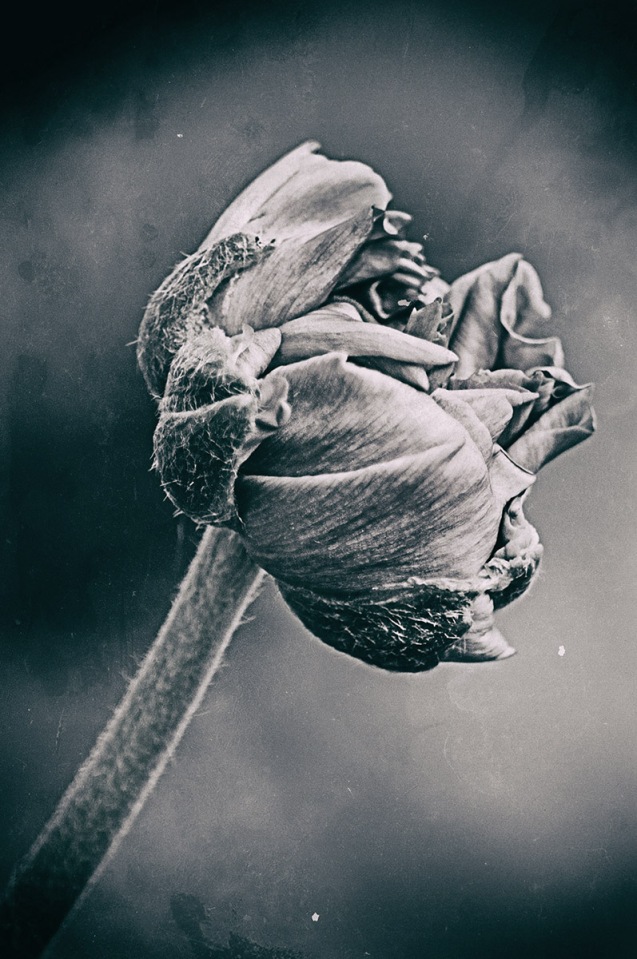 2 thoughts on “Recycling an old flower”